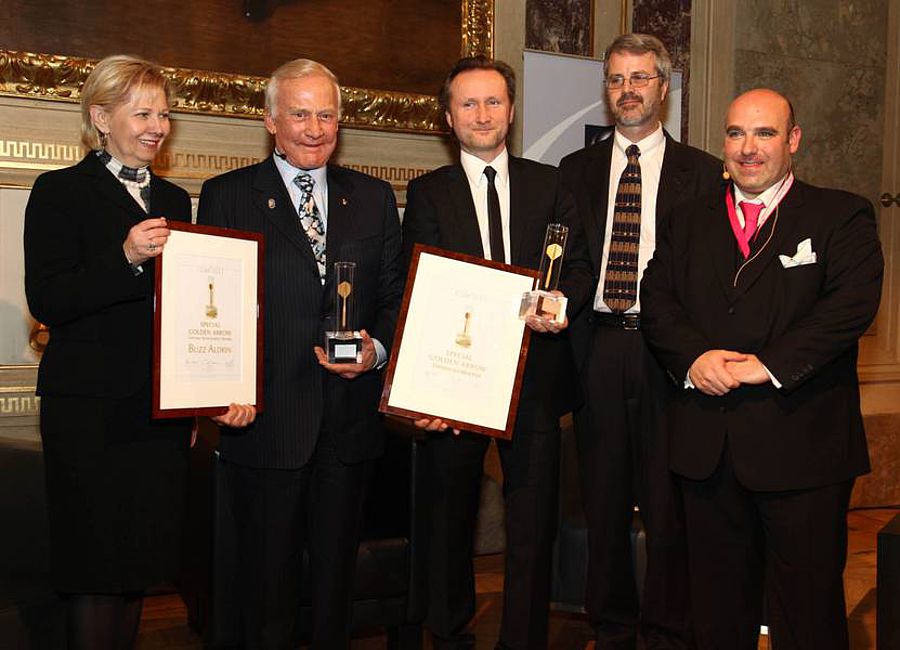 During the Vienna congress com.sult on 26 January at the Haus der Industrie, Apollo 11 pilot Aldrin and CCC founder Kloibhofer both received an award

Kloibhofer was honoured for his “commendable vitality, innovative ideas and his tireless commitment” with which he “built his company, Competence Call Center AG, from a start-up to an international player within 10 years”, says com.sult initiator David Ungar-Klein.

The award was presented by com.sult keynote speaker Martin Eberhard, founder of Tesla Motors Inc.The ceremonial presentation of the award to Aldrin, the “second” man on the moon, was performed byKommR Brigitte Jank, president of the Vienna Chamber of Commerce.

Thomas Kloibhofer about his award: “com.sult is a top-class business event that gathers international representatives from the industry in Austria each year. I am all the more pleased to be able to accept this year’s “Special Golden Arrow” alongside such an impressive personality as Buzz Aldrin.”