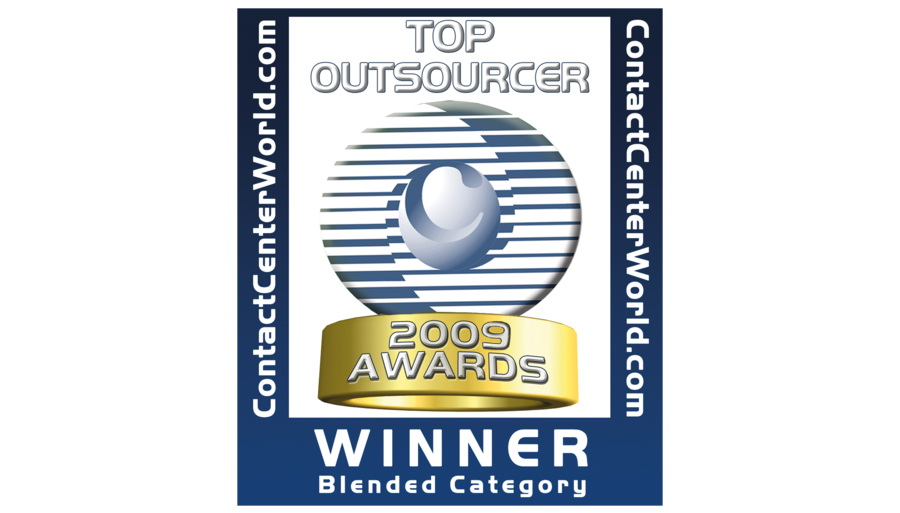 On 6 November 2009, during the “4th Top Ranking Performers Conference” in Las Vegas, the presentation of the “World Contact Center Awards” took place. Competence Call Center takes home the “Top Outsourcer Award 2009” for theEMEA region. In the category “large size”, CCC is the winner of the criteria “highest percentage growth in seats” and “number of agents serving in EMEA”.

At the “Top Ranking Performers Conference” in Las Vegas, CCC is presented with the award for the second time running

“To receive this award for the second time is testimony to our consistent quality standards and is the climax of a year that has already featured a great number of highlights. 2009 is the most successful year to date in the history of CCC,” emphasises CEO Thomas Kloibhofer, M.A. The quality services provided by CCC have received great recognition worldwide. This is also reflected in the 24 prizes and awards CCC has received to date. This year alone saw six new awards.

The current year’s balance sheet for CCC is more than positive: the outsourcer is celebrating a year of many successes. Consistent growth, several international awards for the “competence” and the high quality standards of its services distinguish CCC as a top Austrian company not just in the call center and customer care industry. Despite the current economic crisis, Competence Call Center is successfully operating worldwide and continues its growth and expansion course in 2009

In addition to these new awards, CCC is also making great commercial progress. With the investment company AXA Private Equity coming on board in October 2009, CCC further strengthened its expansion into new markets in Austria and abroad. With its new financial investor by its side, CCC is planning to expand its business, especially in Eastern Europe, and further strengthen its intense growth.

Despite the difficult economic climate, Competence Call Center general manager CEO Thomas Kloibhofer, M.A., COO Christian Legat and CFO Dr Veronika Weiss, expect a very successful year 2010 for CCC. “The groundwork for success has been laid. In 2010, we will continue to deliver the same quality standards with significantly higher turnover. This is our promise to all our business partners,” is the unanimous opinion of the executive board.